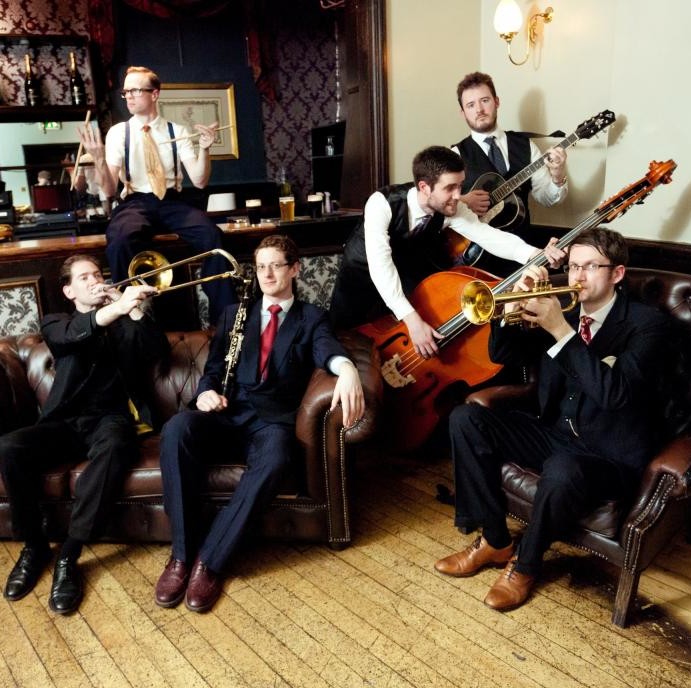 The Shirt Tail Stompers are quickly being recognised as one of Europe’s best social dance bands. Formed in 2010 for the London Lindy Exchange and led by Trumpeter Steve Coombe, they have played numerous dance camps and shows throughout Europe. They have a passion for swing music and movement, with their extensive knowledge and experience of social dancing, they are definitely the band to dance to in 2016.

Truly appreciating the art of swing and knowing it’s place in history, they are heavily influenced by Fats Waller, Fletcher Henderson, Wingy Manone and many other greats from the swing and trad jazz era of the 1920s, 1930s and 1940s. They are also influenced by the likes of the early Duke Ellington, Sidney Bechet and the old musical roots of New Orleans.

Last year alone saw them playing for dancers in Sweden, France, Lithuania, The Netherlands, Finland, Switzerland, Italy and throughout the UK to rave reviews.