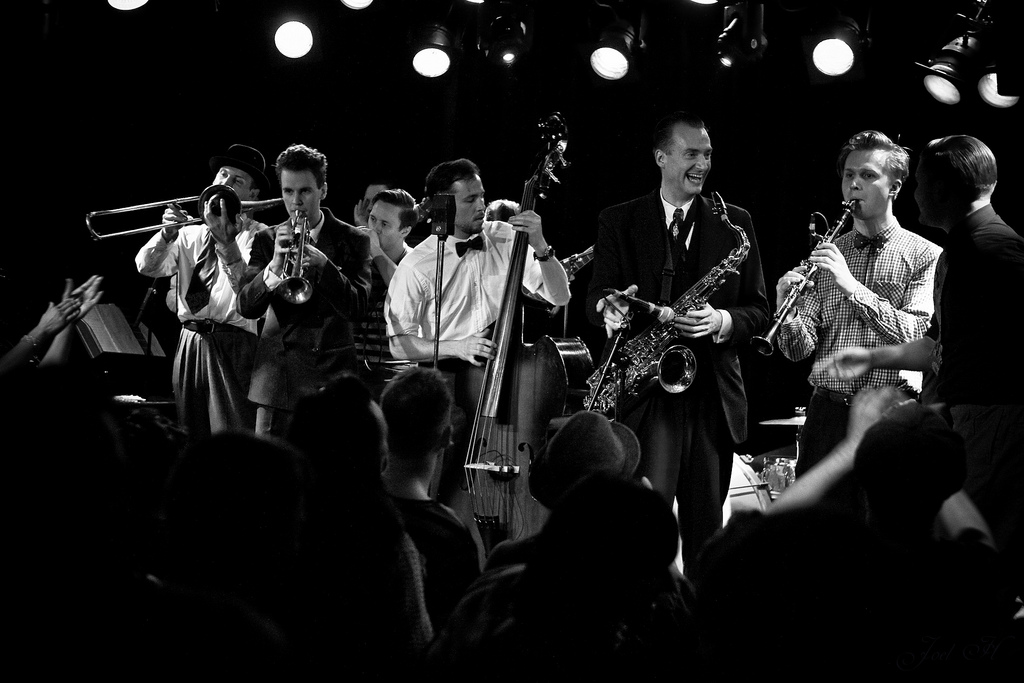 Hornsgatan Ramblers is a jazz band from Stockholm Sweden. Their main focus is set on rhythm and swing, from the more or less legal ballrooms of New York in the thirties and forties. With the bands’ own adaptations and arrangements of the music of jazz giants such as Duke Ellington, Jimmie Lunceford, Count Basie, Cab Calloway and Charlie Christian, the Ramblers have developed a sound of their own. By now that unique sound has brought the band to countries such as Greece, Italy, Germany, Finland, Turkey, Lithuania, UK, Belgium, Netherlands, etc. And of course all over Sweden.

The band was started in the autumn of 2009, when a few swing dancers in Stockholm decided to form a band and to start playing the music that they loved to dance to, to explore it further and reach a deeper understanding of it. The band name comes from a street in the neighborhood in Stockholm where most members work and live, and where the world famous Chicago Swing Dance Studio is located – and in which the very first rehearsals took place.

Several of the band members also dance in the renowned swing dance company Harlem Hot Shots and teach swing dancing, and have won and judged numerous dance contests all over the world.