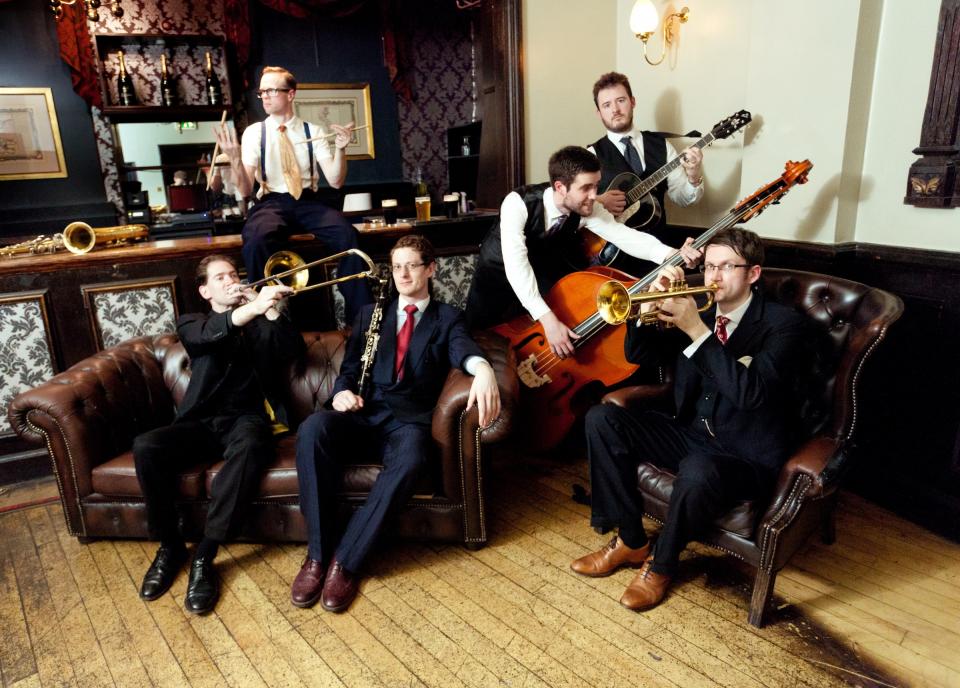 The Shirt Tail Stompers are quickly being recognised as one of Europe’s best social dance bands. Formed in 2010 for the London Lindy Exchange and led by Trumpeter Steve Coombe, they have played numerous dance camps and shows throughout Europe. They have a passion for swing music and movement, with their extensive knowledge and experience of social dancing, they are definitely the band to dance to in 2017.

Truly appreciating the art of swing and knowing it’s place in history, they are heavily influenced by Fats Waller, Fletcher Henderson, Wingy Manone and many other greats from the swing and trad jazz era of the 1920s, 1930s and 1940s. They are also influenced by the likes of the early Duke Ellington, Sidney Bechet and the old musical roots of New Orleans. Last year alone saw them playing for dancers in Sweden, France, Lithuania, The Netherlands, Finland, Switzerland, Italy and throughout the UK to rave reviews.

Swing Shouters is a band from the lindy scene of Tours in France. They have played more than 200 concerts for dancers in France and around Europe.

They can play so skilled and talented, that we are very happy to have them in 2017. 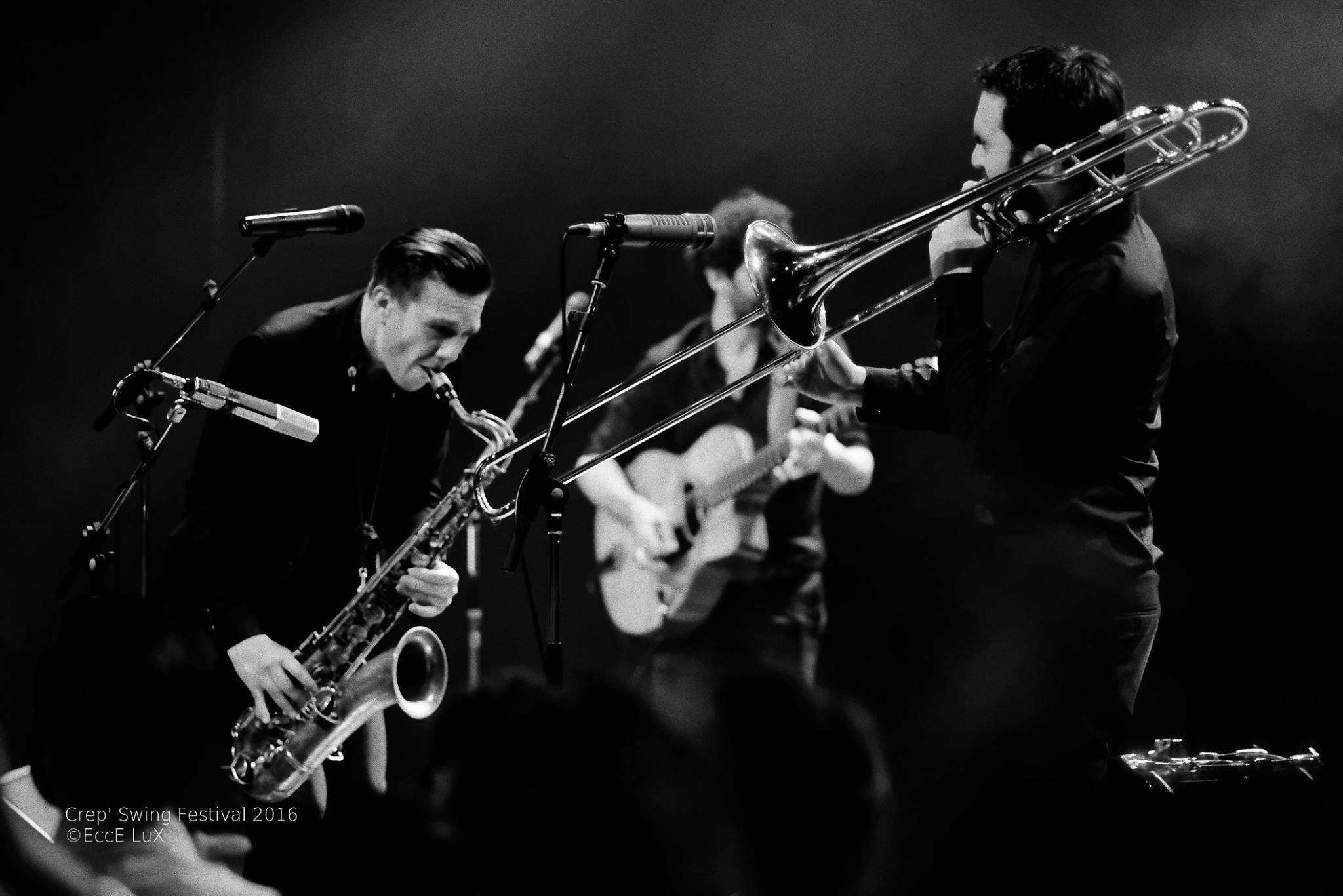 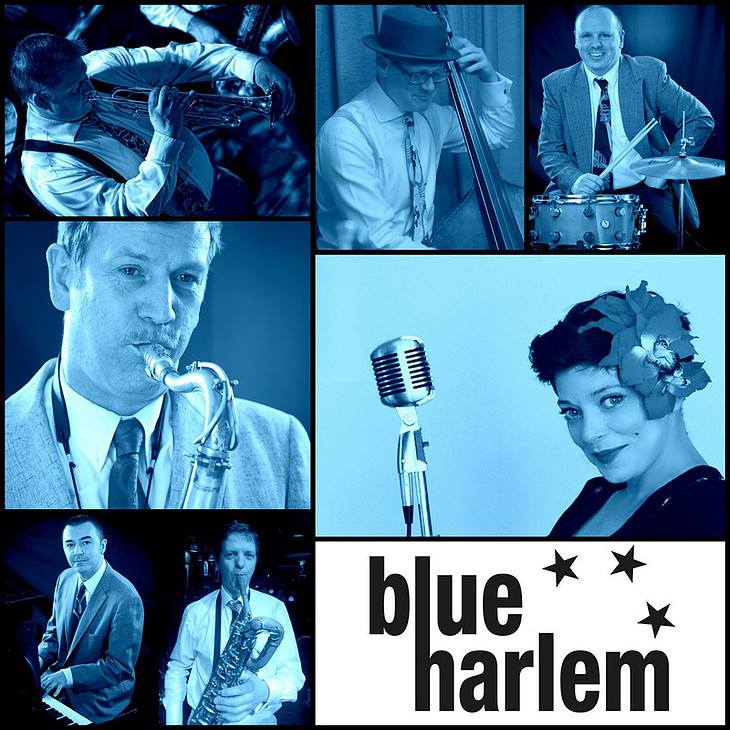 Blue Harlem is a band with the unmistakable heritage of being one of the best crossover bands performing music from the 1930´s to the 50´s.

The band mixes the best from three decades with musical genres such as jazz, swing and R&B.

Currently the lindy scene is happy about dancing to the more “steady beat” of rhythm and blues artists such as Big Joe Turner, Wynonie Carr and Etta James.

Funnily enough, Aisha Khan was the first lead singer, when Blue Harlem launched their career many moons ago. She was then, a young and startling singer, now she is a seasoned and still astonishing performer, mesmerizing with her “hotter than hell” attitude. She has returned to the stage and joined forces with her initial band.

Blue Harlem have a huge backlist of releases and it shows a huge variety of musical influences. With their front man Al Nicholls (his CV IS unbelievable) and singer Aisha Khan we are secured a hell of ball.

The musicians are amongst the best in UK. Blue Harlem have been to Denmark many times during Swing Balls and on the last visit, performed as BIG BLUE HARLEM, which we are going to have again. This means MORE HORNS !!

Copenhagen Lindy Exchange are looking forward to welcoming (Big) Blue Harlem as another example of the versatility we try to show within music for our Lindy Hoppers.

Sunday at Copenhagen Lindy Exchange will be blessed with an almost big band, a veteran on the Danish jazz scene.

This band will give us the perfect atmosphere for a Sunday dance. They are great jazz musicians, and this Sunday they will be calibrated for lindy hop.

We will all hate, when the Exchange ends, but we will love to end it with Leonardo. 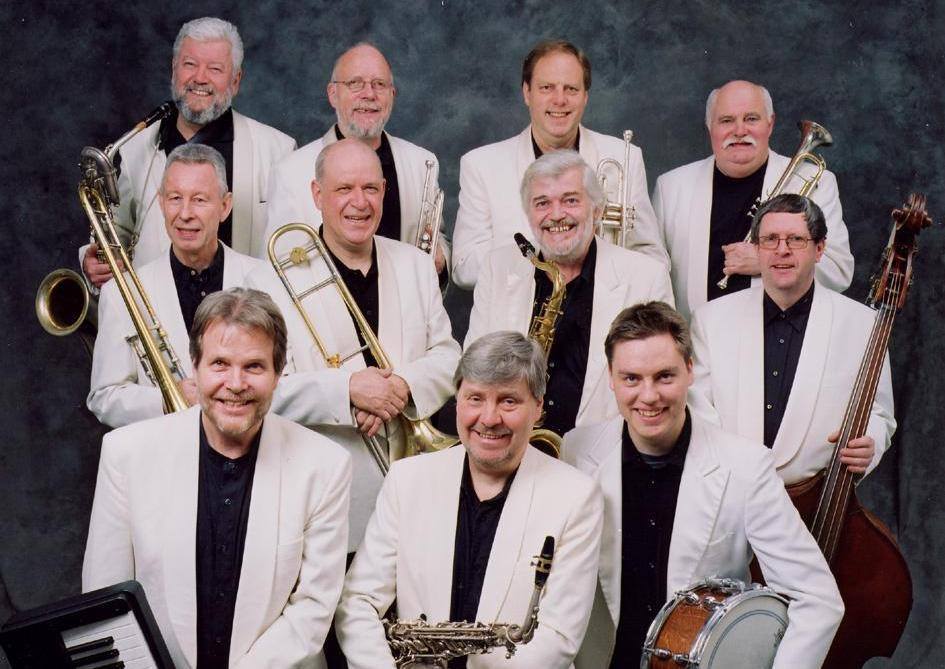 One of the good things about living in Denmark, and in particular Copenhagen, is that we are so close to Sweden and all the great Swedish lindy bands.

The Rhythm Baby Makers is a Lindy band, and the band members can both be found on the stage and on the dancefloor. Sometimes they dance while they are playing.

The seven band members have a great energy and a superior Swedish charm.